In the upcoming episode of Sony TV’s, The Kapil Sharma Show, actors Abhishek Bachchan and Chitrangdha Singh will appear as special guests. The actors will grace the show to promote their upcoming film, Bob Biswas. Apart from promoting and talking about their film, the stars will also engage in some fun banter with the host Kapil Sharma. 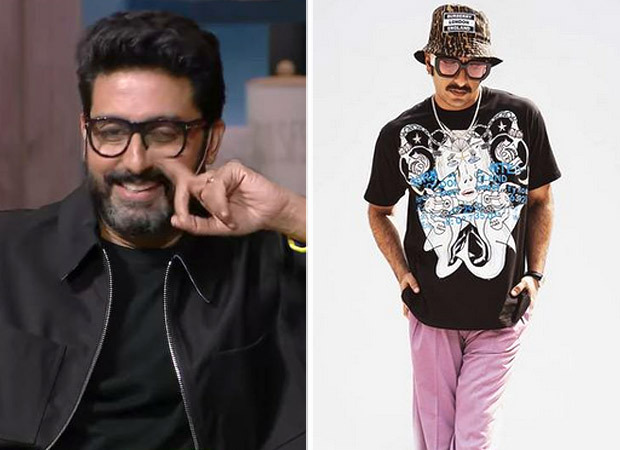 In one of the promos released by the channel, Abhishek and Kapil even sang and grooved to Ek Main Aur Ek Tu Hai from the former’s film Bluff Master (2005). Chitarangda and Archana Puran Singh were also seen dancing on the show.

As the clip went ahead, Kapil can be seen asking some fun rapid-fire questions to Abhishek and Chitrangda about the Bollywood industry. In his questions Kapil asks Abhishek whom of the following people from Bollywood will he give the following wedding contracts to. When asked about matchmaking, he takes Karan Johar by laughing out and says “There’s only one”.

Next when Abhishek was asked whom will he give “Shaadi ke kapdo ka contract (The contract for wedding clothes)?” Abhishek laughed and said, “Ranveer Singh. Dulha-dulhan dono ke woh pehen sakta hai (He can wear the clothes of both the bride and the groom).” Hearing this, everyone is left in splits.