Actors Soha Ali Khan and Kunal Khemu along with their daughter Inaaya are currently on a family holiday and visited the Tadoba National Park in Maharashtra’s Chandrapur district. On Tuesday, Soha took to her Instagram handle to post a series of pictures on Instagram and captioned them, “Don’t ask did you see a tiger? Ask how many?” 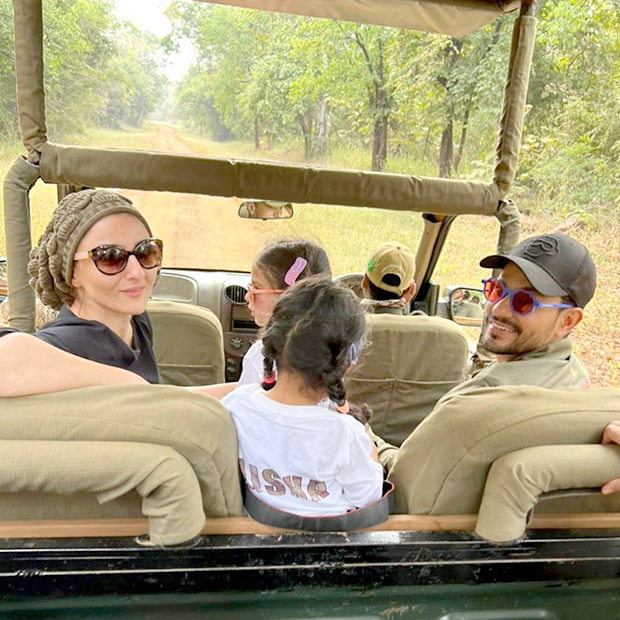 In the first picture, Soha, Kunal and Inaaya can be seen sitting in a jeep as they make their way to the forest. In the next one, a paw impression of a tiger can be seen. And, finally, in one of the slides, we get to see a glimpse of a tiger. 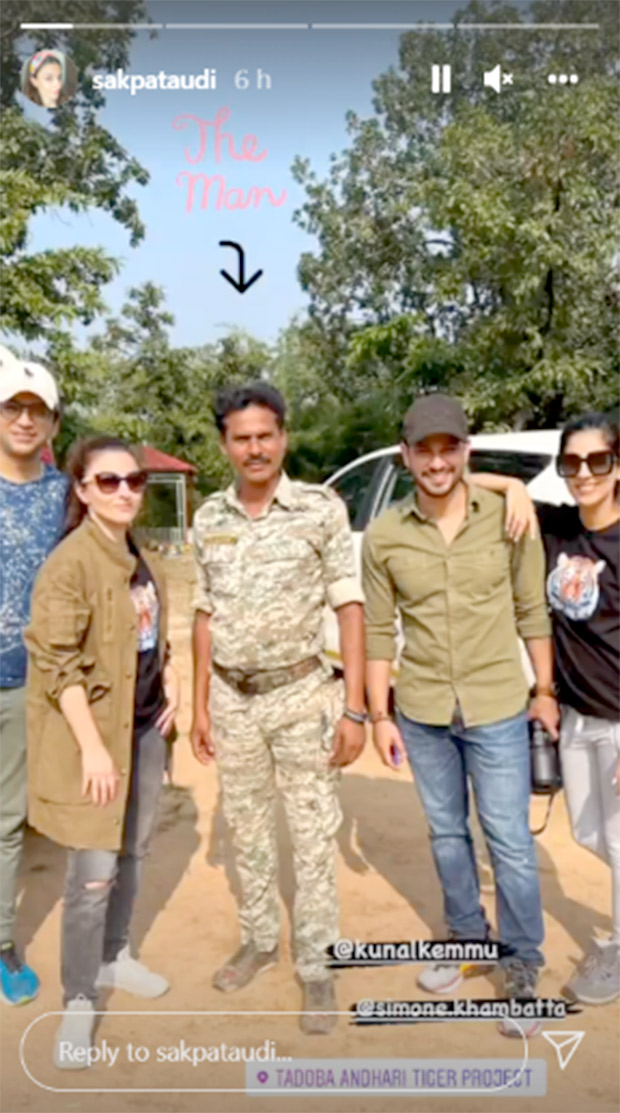 Soha also shared a video from the safari ride and more pictures of the tigers. She captioned it, “Tigers in Tadoba! Thank you @sudester @peekadocrayons @the_bamboo_forest for this incredible experience #chhotirani #rudra.”

Soha has also shared a picture with the man who took them on the safari ride. She added a sticker saying “the man” and an arrow pointing downwards on top of his head.

Kunal and Soha first met on the sets of their film Dhoondte Reh Jaoge (2009) but barely spoke to each other. It was during the making of their second film together, 99, that they clicked. After a steady relationship and a romantic proposal in Paris, the couple tied the knot on January 25, 2015. Their daughter, Inaaya Naumi Kemmu, was born on September 29, 2017.