The evergreen Madhuri Dixit blew her fans away, once again with her exquisite dance and gorgeous expressions. The Dancing Diva of Bollywood took to Instagram to share a video of herself grooving to a viral song. 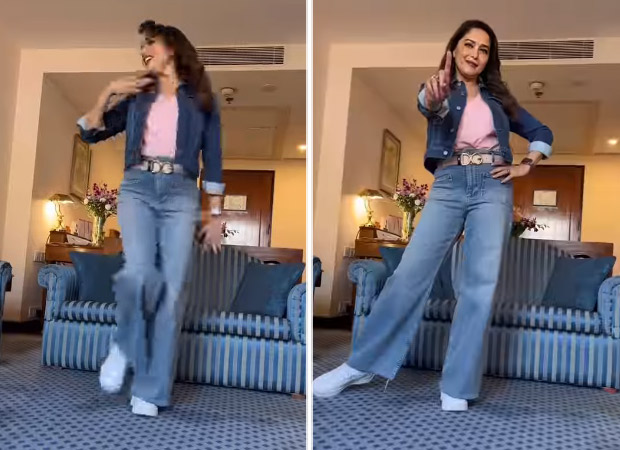 The actress was seen dancing to the tunes of Meghan Trainor’s ‘Me Too’, the song that has taken over TikTok and Instagram Reels. But, she gave it her own twist by incorporating the iconic steps from her song ‘Ek Do Teen’. She captioned the reel as, “If I was you #reelsinstagram #trendingreels.”

The signature dance moves in ‘Ek Do Teen’ from the film Tezaab is one of her most famous and well-known performances. Anil Kapoor and Anupam Kher also had important roles in the film.

The actress is an active user of Instagram, and she regularly updates her followers with glimpses into her personal life. She also recently shared a photo of herself in a natural setting. She was donning an all-black ensemble with a black cap to complete her outfit. She sported a brown sling bag that complimented her attire.

Madhuri would feature in the Netflix film Anamika, which is set to be released soon. Karishma Kohli and Bejoy Nambiar directed the movie, which is produced by Karan Johar’s Dharmatic Entertainment.