Yash Raj Films is making its first historical with Prithviraj, which is based on the life and valour of the fearless and mighty Samrat Prithviraj Chauhan. Superstar Akshay Kumar is essaying the role of the legendary warrior who fought valiantly against the merciless invader Muhammad of Ghor. Akshay unveiled the teaser of the film via social media yesterday that has been unanimously loved by audiences. The teaser also introduced former Miss World 2017, Manushi Chhillar, as Princess Sanyogita and Akshay declares that she is a talent that will turn heads in Bollywood. 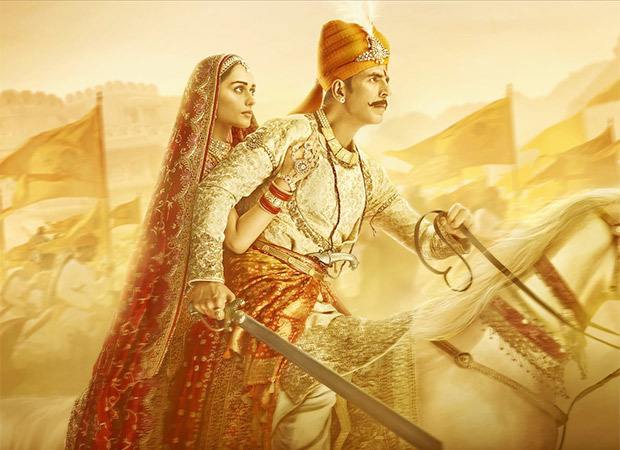 Akshay says, “Manushi is undoubtedly a talent to watch out for. Despite Prithviraj being her first film, she was so effortless, so inquisitive and so dedicated that she won the entire team’s heart. Our director Dr. Chandraprakash Dwivedi has found the perfect Sanyogita because Manushi through her grace and her life values instilled by her parents, embodies the spirit of Indian women who are beautiful inside out.”

He adds, “I’m really excited to see how Manushi makes a mark in our Hindi film industry and I expect them to welcome her with open arms. I’m really proud to be introducing her as Princess Sanyogita.”

Manushi’s launch in Bollywood is definitely one of the most awaited debuts of 2022. Produced by Yash Raj Films, Prithviraj is being directed by Dr. Chandraprakash Dwivedi who directed the biggest television epic Chanakya – based on the life and times of the most influential political strategist of India and the multiple award-winning Pinjar. Prithviraj will release worldwide on January 21, 2022.

ALSO READ:Prithviraj: “I have given my heart, soul, and tears to this film” – Manushi Chhillar on her Bollywood debut