Ahan Shetty will be making his Bollywood debut with the upcoming film Tadap. The film which is a remake of the Telugu film RX 100 is directed by Milan Luthria and also stars Tara Sutaria. Ahead of the theatrical release of the film on December 3, Ahan Shetty spoke about his debut film in an exclusive conversation with Bollywood Hungama. 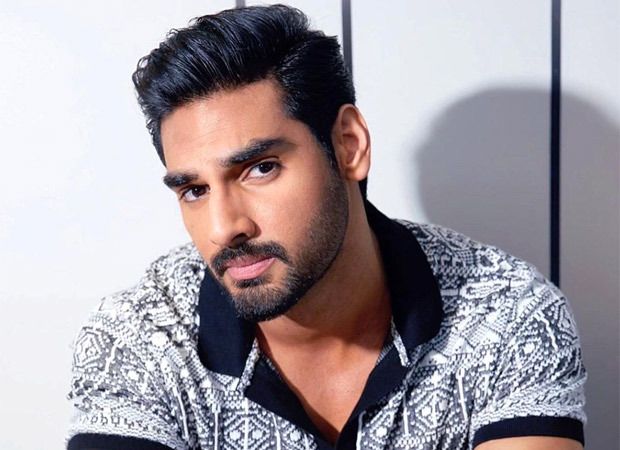 Ahan feels that Tadap is a different type of debut and not your typical love story. “This film really stood out to me because of the character,” he tells Bollywood Hungama. “I thought it would be a challenge for me. If you see in the trailer, he is the same character but with two different personalities. So, I thought it was almost like playing a double role. So I was really looking forward to it because it is when I challenge myself that I get the best out of myself.”

Ahan Shetty had signed a contract with producer Sajid Nadiadwala back in 2016. It was in 2018, a few months after the release of RX 100 that Nadiadwala decided on remaking the film and offered it to Ahan. The 25-year-old immediately agreed to be a part of it having liked the original film. “I really liked the intensity that the character had. I felt that the world really suited my personality, especially for my first film,” he continues. “I am not an established actor so I have to be careful of what I do in my first film. So yes, his personality and the contrast between the two, I really liked that.”.

Milan Luthria has been a filmmaker for two decades and is credited with making films like The Dirty Picture, Once Upon A Time In Mumbaai, Taxi No. 9211, among others. Talking about being on the sets of a Milan Luthria film, Ahan shares, “Milan sir gave me the script for only 10 days to read, and then I had to give the script back to him. He wanted to make sure that I did everything on the set. He didn’t want me to come prepared with the scenes. I had obviously prepared the dialogues but not with the intention of what I am going to be doing with certain dialogues. He was adamant about improvising on sets, itself. We get the script, we get the scene for the day, go through the lines, Milan sir would give us a brief about the mood of the scene and he would tell us to go and perform.”

While the actor did not prepare for the scenes in advance, Ahan had to train in smoking and learn to ride a bike for his character. He reveals, “I have never smoked in my life. I don’t smoke cigarettes or anything so the smoking bit was a little difficult for me. He has to look like he is a natural smoker so I had to train for that. I was taught how to hold a cigarette, how to inhale and exhale, or don’t hold it in for too long, don’t hold it for too short of a time otherwise, it will look fake. That was a little difficult.”

“My parents are against me riding bikes. So before this film, it was a big no-no for bikes. When this film came I had to learn how to ride a bike. We started bike prep 4-5 months before we started filming because there were a lot of action sequences that I had to do. Those two aspects of the film were tough but it is all part of that,” he adds.

Ahan and Tara’s chemistry forms the core of the film. This is the first time the two are working together and meeting each other for the first time while they were doing screen tests and prepping for the film. Ahan revealed how nervous he was when they did a screen test for the film. “We were doing a scene from The Dirty Picture. We were close to each other. I was petrified. My hands were shaking. I was very nervous and scared. Sajid and Milan sir still make fun of me for that,” he revealed.