New Delhi, Nov 22: Trinamool Congress MPs held a protest outside the Ministry of Home Affairs (MHA) on Monday after they were allegedly denied an appointment with Home Minister Amit Shah’. 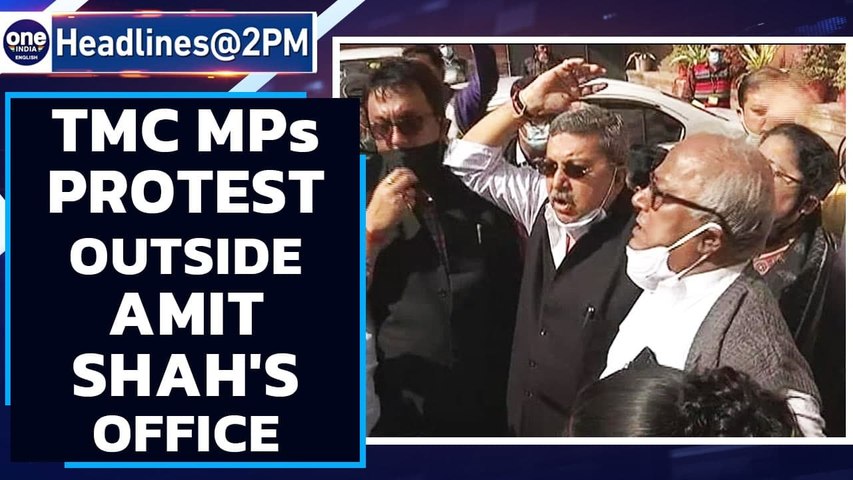 The MPs also raised slogans against the home minister and Prime Minister Narendra Modi and demanded an appointment with Amit Shah.

A delegation of 16 TMC MPs including Derek O’Brien, Sukhendu Sekhar Roy, Santanu Sen and Mala Roy arrived at the party office in Delhi on Monday.

Tensions in Tripura has turned violent in the run-up to the elections to the Agartala Municipal Corporation (AMC) and 12 other municipal bodies slated for November 25.

“We want the home minister to listen to us. Both Shah and Modi need to answer for the violence that is happening in Tripura,” said TMC leader Sukhendu Sekhar Ray.

TMC MP Saugata Ray said the protests were also against the arrest of party’s youth leader Sayani Ghosh in Tripura.

The party alleged “mayhem” in BJP-ruled Tripura as Ghosh was arrested by the police and accused of attempt to murder. Party chief and West Bengal Chief Minister Mamata Banerjee is also expected to arrive here later in the day.

The Tripura Police on Sunday arrested actor-turned TMC leader Ghosh on charges of attempt to murder after she allegedly disrupted a meeting of state Chief Minister Biplab Kumar Deb by shouting “Khela hobe” (We will play) on Saturday night.

Ghosh, the youth unit secretary of TMC West Bengal, was arrested after being called in for questioning in a police station in Agartala, a police official had said.

The Supreme Court recently directed the Tripura Police to ensure that no political party is prevented from exercising its rights in accordance with the law for campaigning in a peaceful manner.

The TMC has repeatedly alleged that its candidates were being prevented from campaigning by the ruling BJP supporters there.

For Breaking News and Instant Updates

You have already subscribed