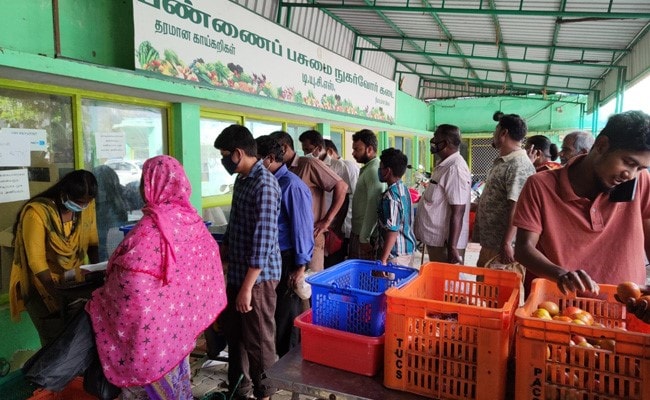 Tomato Prices In Chennai: The government owned outlet had a stock of 250 kilos of tomatoes.

A government-owned Farm Fresh outlet in Teynampet in Chennai has become a boon for those who were unable to buy tomatoes last week when the prices crossed the Rs 100 per kilogram-mark. In the outlet which is located in the heart of the city, tomatoes were available for Rs 79 today- a Tamil Nadu state initiative which is a welcome respite for many like Sathiyamoorthy.

A construction worker in Chennai, Sathiyamoorthy had been avoiding the purchase of tomatoes as the prices rose following heavy rains across the state last week.

“This is fair price. In the market outside, tomatoes are costing Rs 120 a kilo,” a relieved Sathiyamoorthy said.

Others like Arokiya Mary chose to buy only half of her tomato requirement. “I cannot afford tomatoes even at this price. The only option is to reduce consumption,” she said. 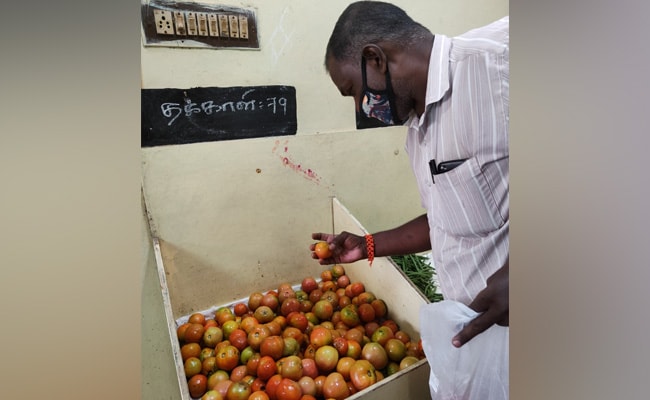 Tomato Prices In Chennai: “This is fair price,” a relieved Sathiyamoorthy buying tomatoes from the outlet.

Although the outlet had a stock of 250 kilos of tomatoes, double the norm, many like Ram could not purchase them.

“It is a good initiative but since the stock was less, I could not get them. Still, this is better than nothing,” Ram, a computer professional said.

“The only problem is that this will not benefit the farmers but will instead benefit the brokers and the middlemen,” Ram added.

Farmers across Tamil Nadu faced crop losses of at least 50,000 hectares owing to heavy rains last week. As the state braces for three days of heavy rainfall, the government said that it would procure at least 15 metric tonnes of tomatoes every day for sale in a dozen districts, to bring relief to poor consumers.

“Prices have begun to hover around Rs 80 per kilogram,” Tamil Nadu Agriculture Minister MRK Paneerselvam said today, adding that the rise in the price was “only because of the heavy rains.”

Besides local produce, Tamil Nadu procures tomatoes from other states like neighboring Andhra Pradesh and Karnataka.